Jim Jacobs was born in Philadelphia, Pennsylvania in 1955. He received his BFA from Jacksonville University and his MFA in painting with a minor in wood design from East Carolina University.

In 1985 he moved to Ogden to teach at Weber State University. He taught courses ranging from, Introduction to Art, Introduction to Visual Studies, Two-Dimensional Design, Painting and Digital Media. In 2005 and 2010 he led study abroad trips to Peru. For ten years, from 1996 to 2002 and again from 2005 to 2009, he chaired the Department of Visual Arts at WSU. During this time the visual arts faculty made the transition from the Collett Art Building to Kimball Visual Arts Center.

Jacob’s current work series of work explores the interrelation of two sets of structures, those that have evolved in nature and those that have been shaped by other processes. His intent is to create hybrids of that draw attention via the unusual juxtapositions and cause further reflection on our role in nature. Jacobs has exhibited nationally in the United States and his works are in public and private collections in the US. He is represented by the Phillips Gallery in Salt Lake City. 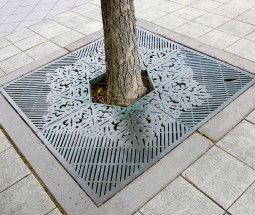