Ursula Brodauf-Craig was born in Gruenhainichen, Germany in 1926. At the age of 14 she apprenticed under master woodcarver Emil Helbig. In the early 1950’s, she attended the Master School of Art in West Berlin where the faculty included sculptors Klakow, Seitz, Sintenis and Van Verkerk, and visiting members of the famous Bauhaus School. In additon to her studies, she worked as a stage set designer for Colorphone Agfa Film Company, which inspired her to immigrate to the United States. In 1955 Ursula emigrated to the United States, settling in Salt Lake City. For the next half-century she invested her life to family, sculpture, and photography. 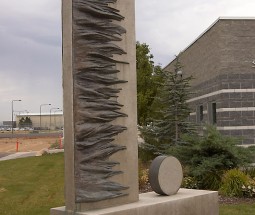