Artist Peter Max was born in Berlin and spent his childhood in Shanghai. From China, the family went to Tibet for a year, and then on to Israel. Peter Max’s family’s odyssey continued to Paris, and finally, at the age of 16, Max arrived in the United States.

He began his art studies in New York at the Art Students League and continued at the Pratt Institute and School of Visual Arts. Max is famous for his new age style, cosmic imagery and multi-colored blends. During the late 1960’s and early 70’s, Peter Max’s colorful art reached millions of people and he won numerous major awards for his work. Peter Max’s paintings, drawings, sculpture and limited edition graphics have been exhibited in major museums throughout the world. 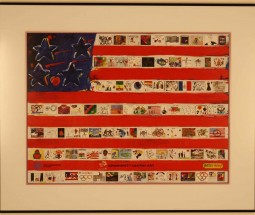